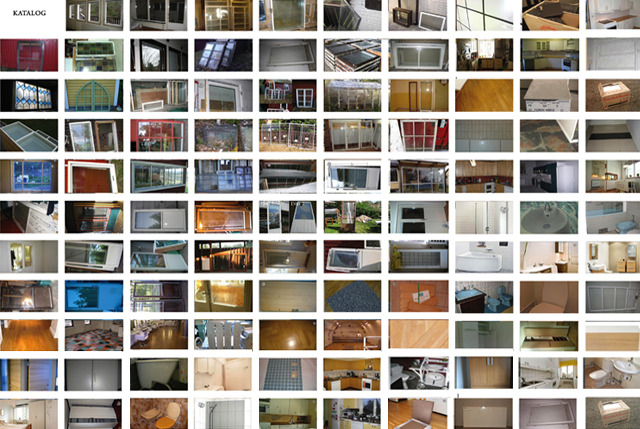 Blocket.se is similar to ebay and is Sweden’s number one second-hand market for everything from cars to textiles. In 2007 the total value of ads on the site was equal to 5,5% of the Swedish GDP. The project begun with the question;  since Blocket is such a large part of the Swedish economy, why not use it as a material bank/catalogue for architecture in the same way that new materials are? And what would this mean for the architecture produced?

The project was divided in two parts:

1. Researching and cataloguing –  A  handbook was produced containing research of architecture using second-hand materials. What materials can be found, and what are the problems and possibilities with them? What projects have been done with reused and left-over materials?

A material catalogue was aslo produced with materials from blocket.se during one month, divided into categories.

2. Design of a small infill apartment building in central Stockholm using the catalogue and conclusions from phase 1. The proposal is a solid structure where the apartment layouts can differ depending on what materials are found on Blocket at the particular moment. The dividing wall are proposed to be mainly made out of windows, which is the most common building component in the Blocket catalogue since many people today change their old low-insulted windows into new and better ones. Since most of the old windows and walls found on Blocket usually have high U-value the house has an extra green house layer which helps create an in-between space, contributing to heating up the apartment and at the same time becoming an extra area 8-10 months a year.

The issue with the windows being poorly insulated creates an architecture where “the problem” becomes the main characteristics of the building enabling flexibility and an additional new space “in-between”. 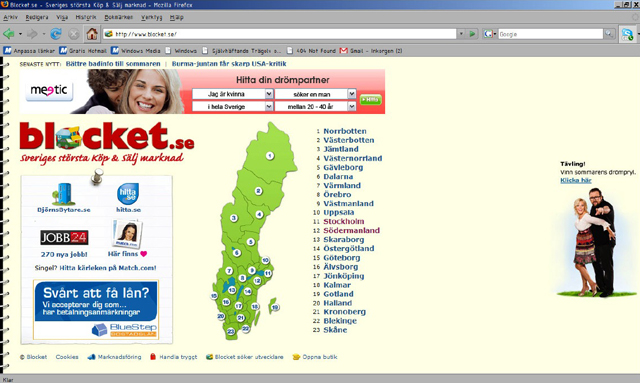 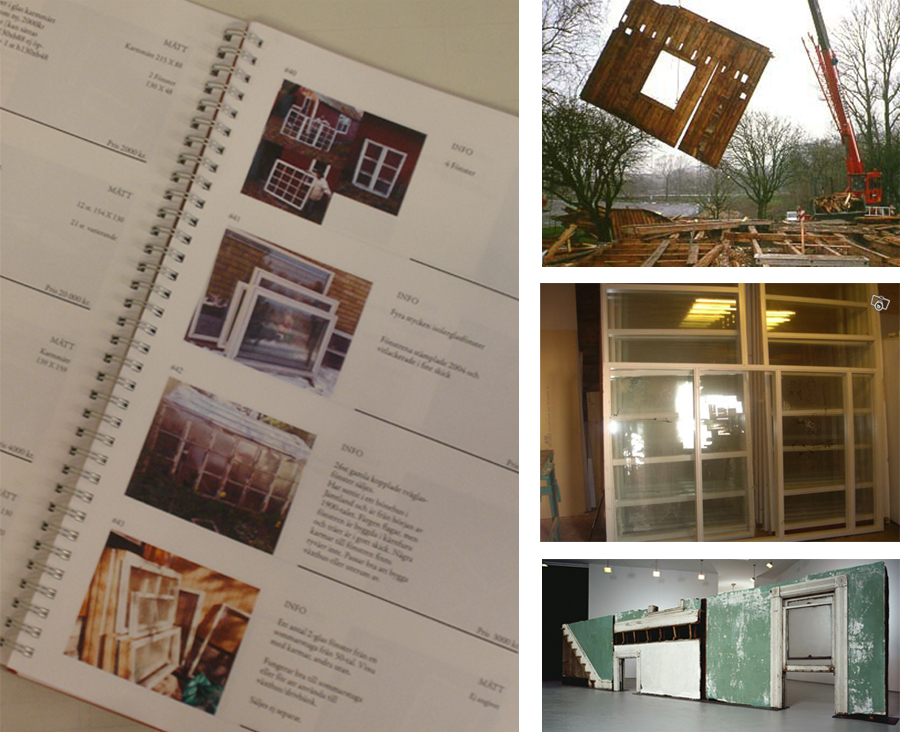 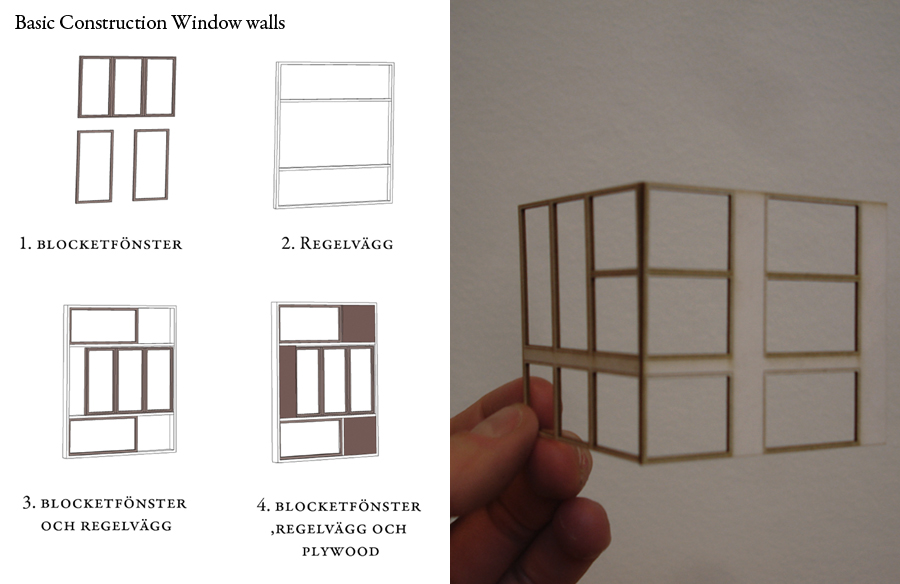 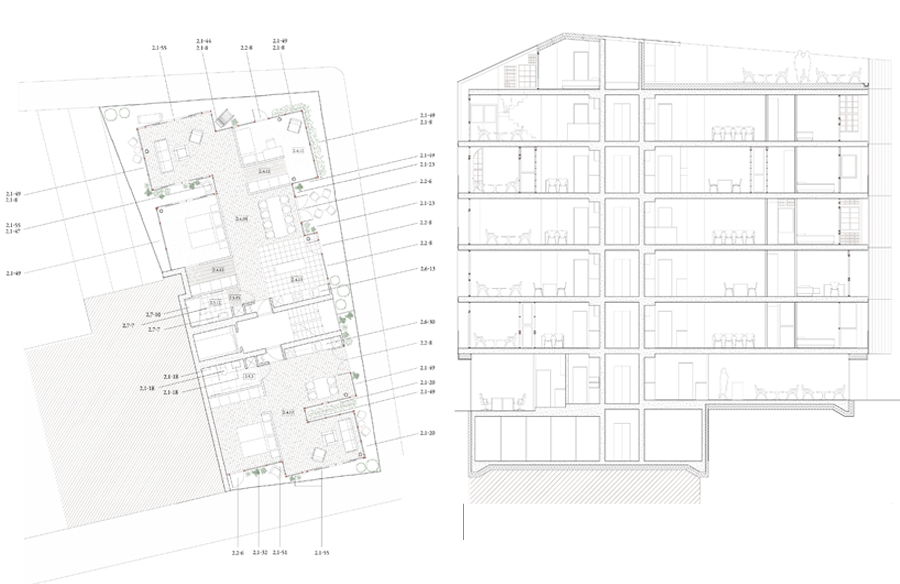 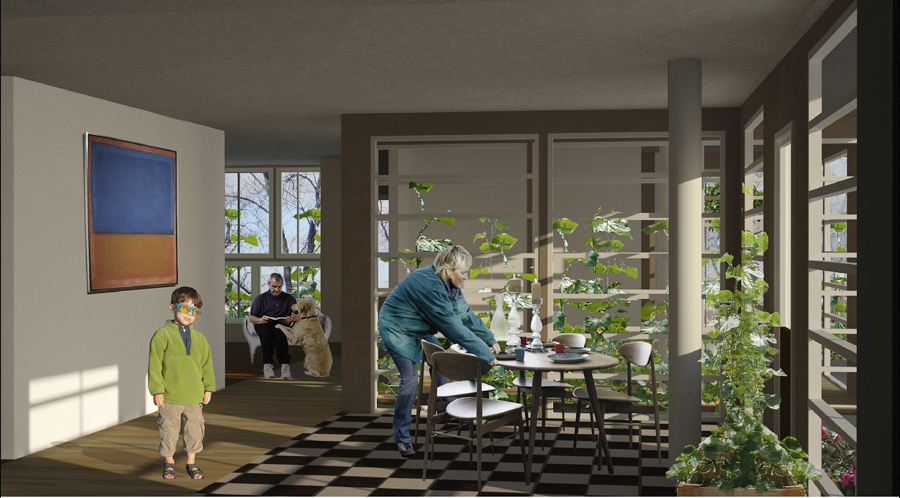