In the summer, it’s always nice to go somewhere. In Stockholm, many of the people leaving the city go out to the archipelago at the edge of the Baltic Sea. It is nice there. Some people go boating (or sailing) and many just stay at their summer houses doing (usually not a lot of) things like reading and having barbecues at a lawn close to the house. If they are lucky the lawn is also close to the water. This is very popular. So popular that the prices of these summer houses limit most people from actually experience this local eden. Thus many Swedes of middle to lower income travel to places like Thailand with cheap charter flights and cheap hotels.

We wanted to hang out on a lawn, reading and having barbecues. But we also wanted to hang out in the city, and we thought that it would be a little boring to be in the same place the entire summer. Lucky for us there is a lot of water in Stockholm. It is, after all, often referred to as “Venice of the North”. So we decided to build a floating lawn with a small engine to move it around. 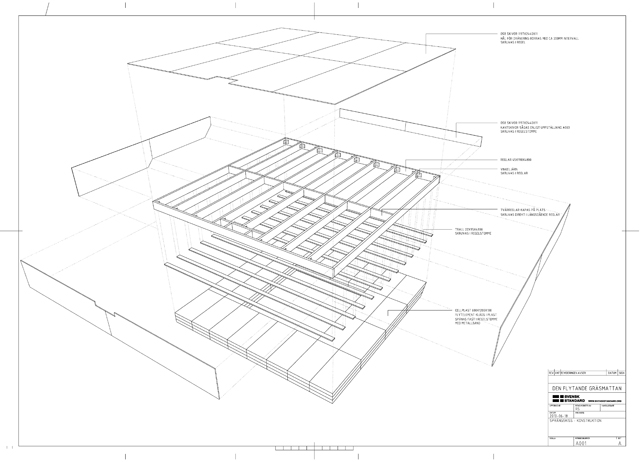 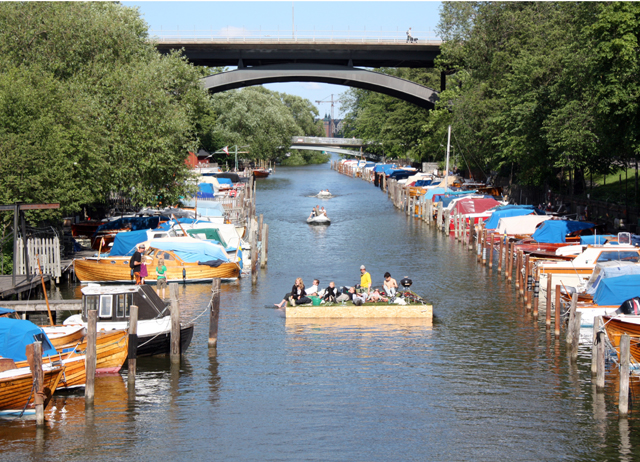 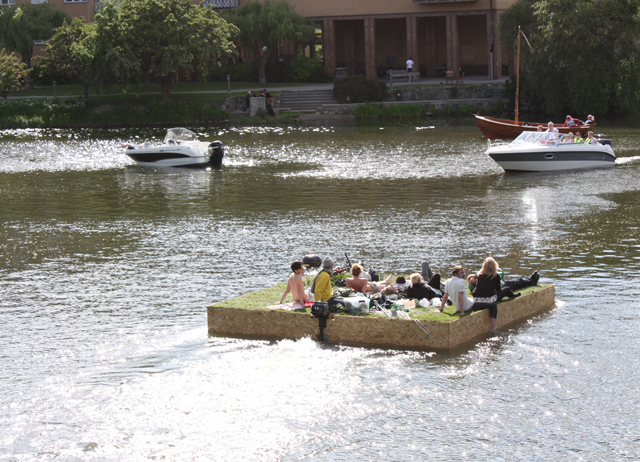 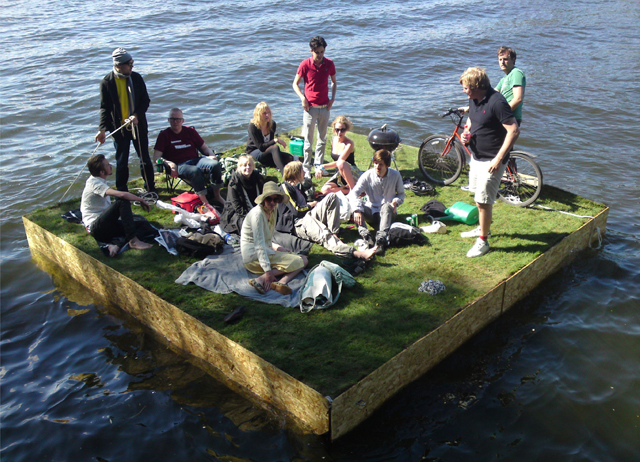 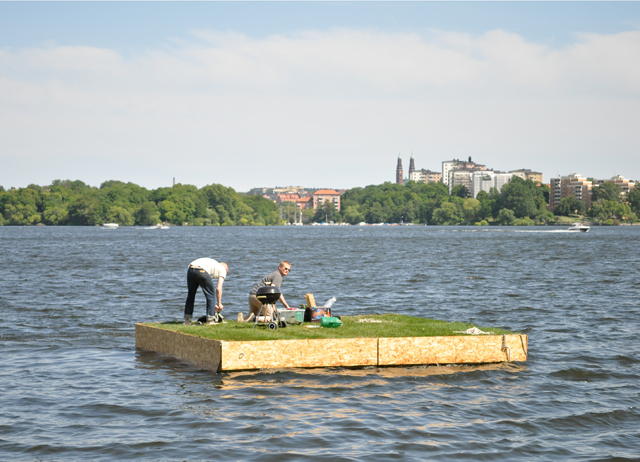 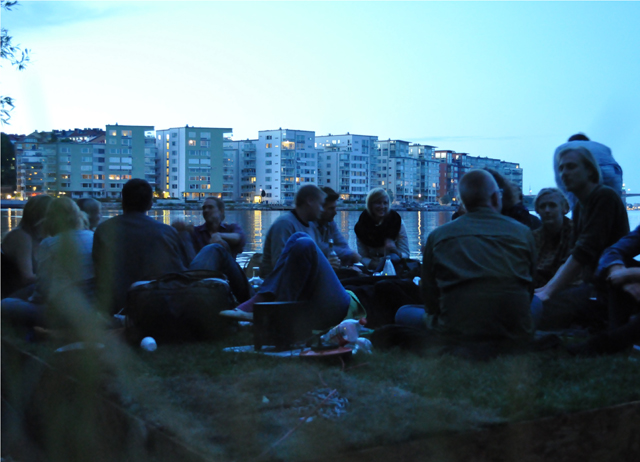 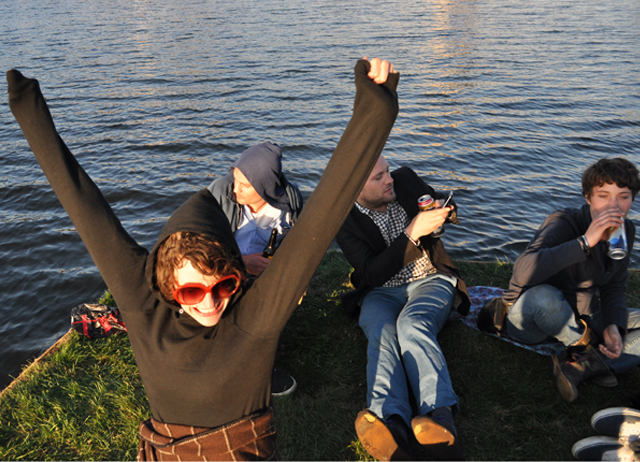